Submission To Council By Jenny Pyke 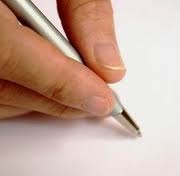 "Submission To Council 12.08.14
I would like to outline the consultation process to date
My name is Jenny Pyke and I am a member of the QVMAC
We are grateful for the opportunity to speak and we are grateful for the support the Council has shown the Queen Victoria Market and the Queen Victoria Market  traders
This is an enormous commitment from the city of Melbourne towards the QVM, a sum of 250 million dollars has been reported in the press.
The QVM has approximately 700 small businesses who derive their income and  provide income for another estimated 2000 staff and supply millions of customers annually.
These businesses in turn support thousands of  other businesses. Many of our traders  have merit awards from the Lord Mayor for their long term commitment to the City of Melbourne's prosperity
Traders went to Council looking for investment after many years of what we consider minimal investment to the market .When The Lord Mayor back in October last year  announced the redevelopment of the QVM we looked forward to robust discussions about the what , how and why of the redevelopment.
What occurred were three single low level information sessions with Capire during round 1
The results of the first round of Capire were amazingly similar to the plans talked about in the Leader in 2010 and then subsequently released in the Age in April 2013
The traders were then  very anxious and worried at the low level of consultation with them and made many individual submissions reinforcing they were against  an Underground car park and the  implications for the traders at the QVM.
Traders then held two large meetings totalling over 270 traders who were unanimously against the underground carpark below AB&C Sheds.
This was reported to Capire before the finalization of the second round at the Information Hub in F shed
In the Capire report there is no mention of the outcome of these meetings in the subsequent report
The outcome of this meeting was also presented to the  QVM board on  asking how do we get the process back on track.  No questions were asked  at the meeting or formal responses given  to the QVMAC regarding this presentation
At every stage we have asked when does real consultation happen with the traders
At this stage the collaboration with the traders has been minimal. The final Capire report was only verbally released  to the QVMAC with no copies of the report forwarded to the QVMAC  for formal feedback
It is difficult not to believe that the Consultation process was carefully orchestrated
to reflect a predetermined outcome :
This is an important project and one which needs collaboration to get the best possible outcome


At this point the traders cannot support the recommendations of the Report."

An audio version of the council meeting can be found here (the QVM proposal starts 1:42:20 into the meeting) - http://www.melbourne.vic.gov.au/AboutCouncil/Meetings/CouncilMeetingAudio/FMC-meeting-12-August-2014-City-of-Melbourne.mp3