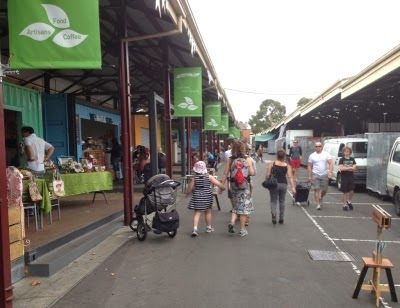 Music Week and its impact on market activities have raised some interesting new theories about our market.

The impact on String Bean Alley has been particularly relevant. Re-directed traffic flow, and the fact that SBA is at last fully populated by traders, has created foot traffic that was only dreamed about in this aisle’s short history. It has now been suggested that the retail entrances to SBA may have been its limiting factor. The bottom end (Queen St.) has hardly had an inviting look about it - a coffee shop on one side followed by empty storage sheds, and then empty spaces on the other side. 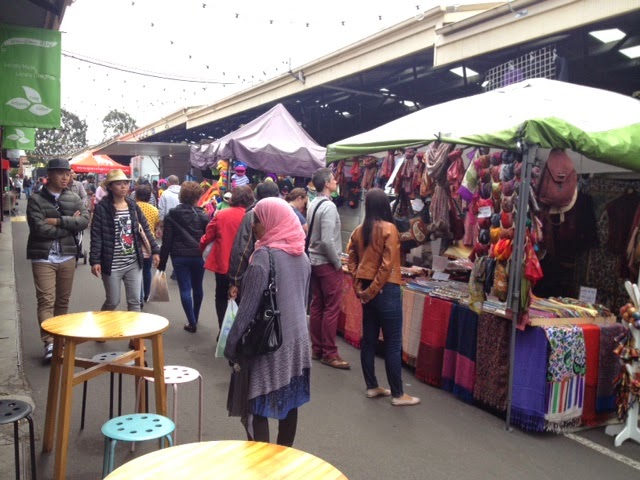 A similar landscape at the top end (Peel St.) simply didn’t identify SBA as a desirable retail destination - another coffee shop followed by a container housing an ATM on one side, and a vacant seating area followed by storage sheds on the other. Unlike every other shed in the top end, SBA simply didn’t look like a retail destination and so customers chose to find alternative avenues for browsing. Music Week has changed that dynamic with a full aisle, a new “entrance” created by the top walkway and the buzz of Music Week itself.

String Bean Alley had its main car-park entrance in the middle of the aisle but it would appear that, without the traditional “S” flow up and down the aisles, it was always going to struggle.

And there are other things we can learn from the changes forced by Music Week. The closure of J shed at Peel St. has had a significant impact on the traders in that aisle. J shed is a wide aisle and could be expected to carry a significant number of customers but we may have under-estimated its role as a very significant thoroughfare for customers moving from the top to the bottom of the market and vice versa.

There have been winners and losers in this temporary re-arrangement, and hopefully we will understand more about the dynamics of our market as a result. Other changes like the Thursday craft market in L shed may also provide us with valuable insights.