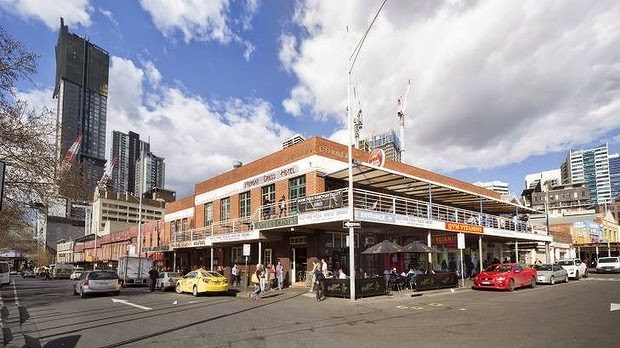 Lord Mayor, Robert Doyle, has announced that the City of Melbourne has purchased the parcel of land adjacent to QVM, known as Munro’s Corner.

On ABC Radio’s John Faine program this morning, the Lord Mayor said the purchase would enable CoM to dictate the conditions around the market. It would enable the enhancement of a “high functioning market precinct” conducive to the operation of the current market with things like restaurants using market produce.

work. The site could be used for a variety of purposes including an underground car park, accommodation, and general retailing.

QVM Traders Inc President, Kon Kadaras, phoned in to describe the purchase as a “very positive move”. Kon asked the Lord Mayor if there were any plans to change the sheds A-M in the top end of the market to which the Lord Mayor replied “the sheds will be retained”. He further added that CoM would aim to double or triple the volume of sales at the market by creating a “great gathering point” and a “hugely successful commercial venture”.

Traders can expect to see lots of press and more detail over the next 24 hours.

Here are some links if you want to catch up now - ABC News. Herald Sun. The Age