Some High Profile Retailers In Difficulty 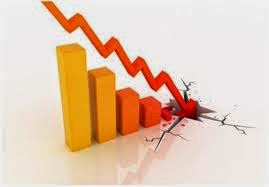 The difficulties of retailing in the current economic climate have once again been highlighted with some key businesses going into receivership in recent weeks.

Following on from the news that bakery chain Pieface was up for sale after trading difficulties (with Woolworths being a potential buyer), the high-end grocery chain, Jones & Co, has succumbed to administration and now we hear that menswear chain, Man To Man, is in difficulty and buyers are being sought.

Jones & Co has around 20 stores with 4 in Australia and others in NZ, Qatar, Singapore and United Arab Emirates. Its Australian operation including food wholesaling has been affected by the receivership.

Man To Man has 82 stores across Australia and turned over $39m in 2014. It reported that it was in difficulty after a failed investment in a footwear chain and administrators are hopeful of selling the business as a going concern.