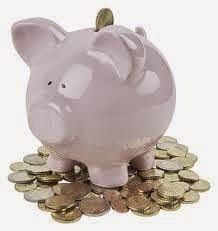 In its annual global wealth report, Credit Suisse shows that Australians have the highest median wealth in the world.
If you include real estate and financial assets we have over 1.25 million US dollar millionaires and for a developed nation our rate of wealth growth since 2000 has been exceptional.
Australia's average wealth per adult is A$544,000 which is second only to Switzerland. But our median wealth (if you like, the middle of the pack without the influence of the very wealthy) is the highest in the world at A$258,000.
Our wealth is very evenly distributed and we have a very low proportion of poor people. And just to get things into world proportion, you only have to own US$3650 in assets, including property, to be in the top half of people in the world by wealth.
Property is the key to wealth for Australians with a very high proportion of home ownership. Australians on average hold 60% of their wealth in property against the world average of 46%.


We are expected to remain the "lucky country" with top spot until at least 2020.