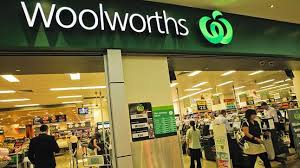 Woolworths Reacts To Profit Downturn – Woolworths has posted a 12.5% drop in full year profit and been handed a credit rating downgrade. It has responded by appointing a new chairman with ex David Jones chairman, and current Origin chairman, Gordon Cairns taking over the reins.

A number of write-downs included $148m in general merchandise inventory at Big W. Woolworths non-food business was a big factor in the profit decline according to a report on the ABC which also referred to competition from the likes of Aldi and Costco.