Consumer Confidence Up But Where Are The Retail Sales? 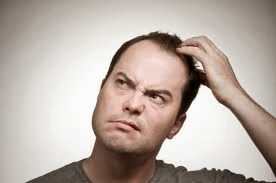 The Westpac Melbourne Institute Index of Consumer Sentiment, released last month, increased by 4.7 per cent to its highest point in three years. The rise is put down to the federal election but a number of factors have raised doubts about whether that will translate into retail sales.

Retailing generally is continuing to struggle. The Commonwealth bank reports that consumer spending in September was down for the first time in 13 months. The Port of Melbourne Authority says that imports by retailers are down 1% over last year and last year was a poor result. Online accommodation giant, Wotif, have reported that holiday bookings are unusually soft and the toy industry is reporting that sales are down 2% for the year so far. At a recent AGM Pac Brands (Bonds clothing) CEO John Pollaers said preliminary indications showed that earnings and net profit in the first half of full year 2013/14 “may be materially down” compared to the previous corresponding period.

Australian Retail Association executive director Russell Zimmerman was reluctant to ‘‘put it down as a disastrous Christmas just yet’’, because consumer confidence appeared to have increased as a result of the change of federal government. But this would not be the first time that retailers have been puzzled by consumer responses.

We are definitely breaking new ground with consumer attitudes and  many retailers will be looking nervously at October sales results. If trade at QVM is any guide, we shouldn't be expecting a great result and the retail dilemma continues.