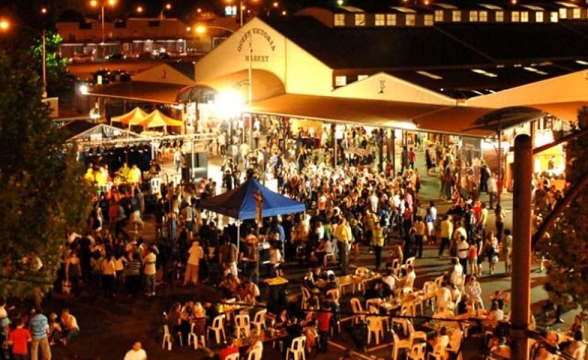 Shopping used to be a draw card in its own right. "Retail therapy" was considered a very desirable human activity, and it still is, but now it is less about the "things" you buy, and more about the "experiences" associated with buying. QVM plays a key role in providing those experiences at our market.

Roy Morgan recently reported that the amount Australians spend on going out has increased by 38% over the last 7 years while our spend on clothing has gone up by only 20%. Discretionary spending on things like clothes, cosmetics and appliances dropped by 2% last year while leisure and entertainment spending went up. Australians spent $105 billion on discretionary commodities and a whopping $137 billion on experiences.

It is suggested that The Queen Vic Market needs to be more than just a place to shop for goods. It needs to be a desirable destination for "going out", providing attractive events, plenty of places for customers to relax and eat, and generally meeting the increasing demand for leisure and entertainment. That is probably why the Night Market concept is so successful. If that is what drives consumers to spend their money, who are we to argue?