The Calm At QVM 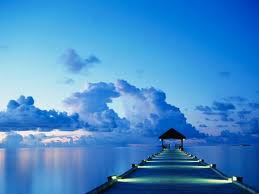 A trader suggested this week that publications like Victraders were becoming less relevant these days because traders seemed to be getting everything they want from the powers that be.

City Hall is bending over backwards to provide consultation and engagement and not just to tick the boxes. The People’s Panel and particularly the Committee of Trustees are serious attempts to achieve unity in thinking. The Committee of Trustees is described as “The highest source of advice to Council on Renewal and Operations” and is positioned to give its participants real power.

QVM Management has upped its game in the area of communication and there are a variety of comprehensive information feeds to traders.

So, writing about trader issues when the major issues are under control and informing traders when the official channels are already doing that very well, does raise questions about the role of Victraders.

The heading of this article is a misnomer because there will be little general calm as the world engages in a long term re-adjustment in the retail industry. Retailing was never calm. But there is a sense at QVM that with the consultation process under control, we are better able to focus on the path ahead and all direct our efforts to the one thing that really counts here – the level of retail business at QVM. That will require a huge effort from every single participant.