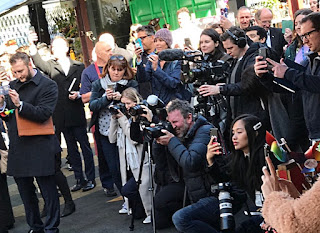 You could be forgiven for thinking that our photo was taken at the Australian Open, Melbourne Cup, or some major celebrity event, but no, it was taken in Queen Victoria Market's String Bean Alley as Lord Mayor Sally Capp opened the final stage of SBA with its updated look and 12 new containers.

The official launch on Friday was covered by a variety of news outlets including Channel 7 with a feature in the evening TV news, and the Herald Sun. Below is the photo shot that attracted all that attention. 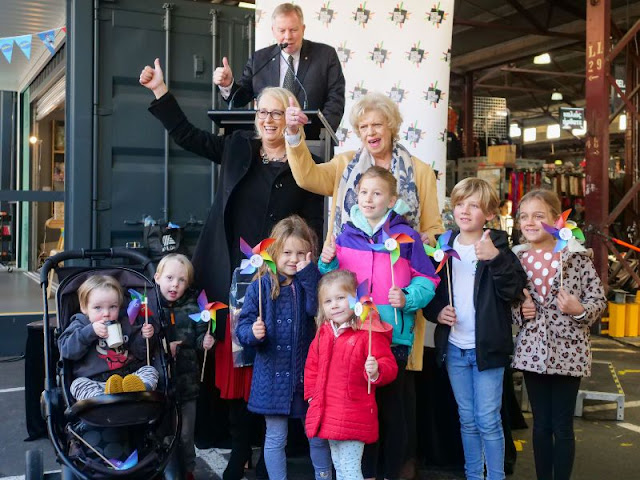 Thank you to Danielle of Spotty Dot for the photo of the media scrum.
Posted by Editor at 21:19