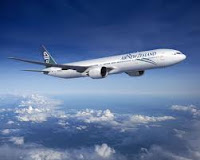 A new report from Access Economics suggests that Australia’s beleaguered tourism sector can finally see some light at the end of the tunnel and that could be good news for General Merchandise Traders.


So what is the evidence? Virgin Australia is back in the black with a profit of $22.8m, and Flight Centre has reported a 43% increase in profit. Access Economics report a surprising jump in domestic visitors which are up 5.4% on last year and room occupancy rates rose to 65.8% which is supposed to be the highest level ever recorded. Access Economics also say there are strong signs of a slow down in Australians travelling overseas and encouraging indicators for an improvement in domestic travel. Add in Tourism Australia’s $250m marketing campaign in China which launched in Shanghai in June and the overall optimism is understandable.

We recently posted about our request to management for a major tourist promotion and just last week we developed some ideas for maximising the Chinese tourist influx. Let’s hope QVM management take advantage of the opportunity that Access Economics have identified.


To have your say on this issue (or any other issues) just click here.
Posted by Editor at 19:18