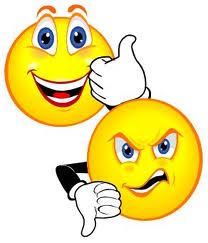 Some good news on Australia’s retail industry performance in the 6 months to June has  been tempered by today’s (Monday 3rd September) announcement of July results.


Deloitte Access Economics had reported a 2.8% increase in retail sales for the 6 months to June 2012. This followed a 0.6% rise in May and a 1.2% increase in June. The 6 months performance was the best in 3 years and had newspaper and radio commentators trumpeting the reversal we have been waiting on.
However, The Australian Bureau of Statistics released figures today that showed July was down 0.8%. Commentators are now suggesting the June spike was due to carbon tax compensation by the federal government rather than any long term recovery. The big loser in July was the department store category which saw sales plummet 10.2%. Cafes, restaurants and takeaway food continue to be the best performers.


The overall trend in retail sales is up, but just not as good as some had hoped.

COMMENTS:
04/09/2012 07:23:09 Mixed Messages "Yeah, you gotta love statisticians and friends, since most are funded by someone or other the fact is more often than not they have a pre ordained agenda to work to ( and are paid to achieve ), add in the obvious "flexible" reporting and/or collection of data and Bobs your Aunty. Just keep in mind our own "surveys" at the Queen Vic. First there's the methodology and placement, the positioning of collectors, the questions and the way questions are asked, throw in the way questions are answered. And just for good measure you then get to "interpret" your results. And there you have it, did you want your results wth one sugar or two? What me cynical, never!" Hugh Nanimous
Posted by Editor at 22:33