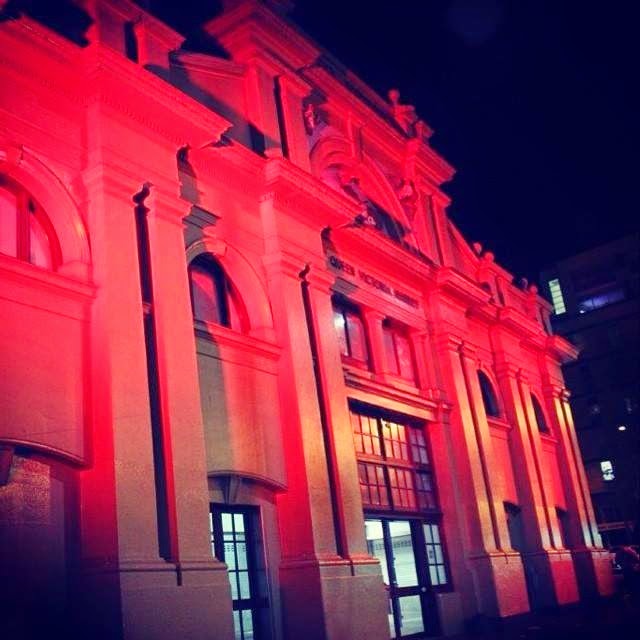 The World AIDS Conference kicks off in Melbourne today with a 6 day program including addresses from President Bill Clinton and Sir Bob Geldof.

This is the largest conference ever held in Melbourne with over 16,000 visitors and QVM has contributed its support including the iconic Meat & Fish Hall entrance on Elizabeth St. and the Pallet Tree on Peel St. being lit up in red for the duration of the conference.

This weekend as part of the AIDS 2014 Youth Pre Conference YEAH (Youth Empowerment Against HIV/AIDS) with the Lord Mayor’s Charitable Foundation will be delivering a Street Art project mural on the Queen St. amenities block opposite Market Espresso. The mural will be a stylised graffiti piece, depicting images and messages reflecting the legacy of young people from all over the world attending AIDS 2014. Fred Fowler and Michael Fikaris, renowned Melbourne street artists will work with 30 YEAH representatives to design and paint the mural.