Traders Fail To Keep Their End Of The Bargain 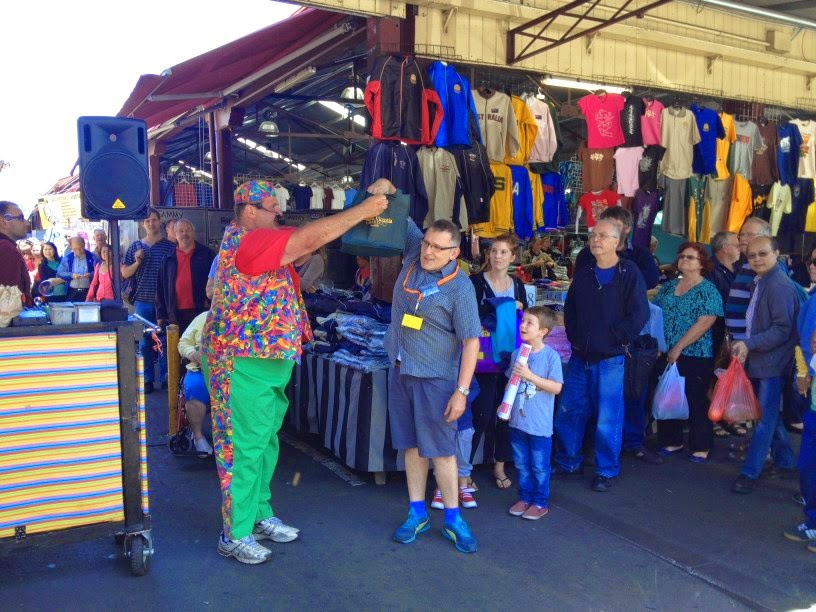 The pre-Christmas daily Trader’s Cash Giveaway Promotion turned out to be a real buzz at QVM with the combination of professional entertainment and a $500 daily bonus to a lucky customer proving a winner for traders and customers. But in the end, traders did not meet their end of the bargain.

The promotion idea came from a trader who had seen it work well at a market in Tasmania. It was to be funded by each trader contributing $1 per day which certainly seemed to be a very cost effective form of marketing.

At Thursday's QVMAC (Queen Victoria Market Advisory Committee) it was revealed that less than one fifth of traders actually agreed to contribute the $1 per day.  Fortunately the shortfall was made up by QVM. Apparently some traders said they didn’t agree with contribution schemes. Others said they were happy to contribute to a parking fee reduction scheme, or to fund tourist buses but not to a cash giveaway. Some even threatened legal action if the contributions were deducted with rents. There were plenty of excuses.

Traders are very quick to complain about business levels and to find others to blame for the parlous state of retailing. Yes – marketing our market is the prime responsibility of QVM. Yes – we already contribute to marketing through our rents. But individual traders also have a responsibility for their own marketing just like any other small business. The difficulty for us is to find cost effective measures that stand a good chance of working. This promotion seemed to tick that box.

As far as we can determine, the Trader’s Cash Giveaway worked well and, at a cost of just $25 for the 5 weeks of the promotion, it seems remarkably good value. In fairness to traders, we didn’t know how successful it was going to be before it started, but now we have no excuse. Management have agreed not to bury the concept and a complete review will be conducted over coming weeks to see how it might be re-jigged and used again, perhaps in the lead up to Easter.

Hopefully traders will be more prepared to reach their hands in their pockets next time around. The point is that a self funded promotion has a lot more flexibility. Traders can actually influence when it might be used. If we expect QVM to fund the promotion it will have to fit in with their budgetary constraints. It would be a shame to lose the concept that created such fun, entertainment and positive responses from customers. This is our promotion - let's hope we get it right next time.

COMMENTS:
26/01/2015 13:15:01 Christmas promotion "These sort of promotions work better during quiet times when there is a downturn  in business  The promotion had to compete with bigger and better promotions by the  shopping centres who have the larger budgets and qualified staff to handle advertising. Also the promotion would have better suited smaller prizes over the day instead of one large prize which created a gridlock" JillianR
Posted by Editor at 10:48