The Richest Man In The World Is A Retailer 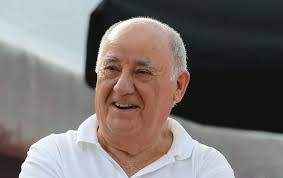 For a few days this week Bill Gates was no longer the richest man in the world. That title belonged to Amancio Ortega, the founder of Zara. The fluctuating fortunes of the share market meant that Gates has since regained the number one position but it is obviously an ongoing battle.
But back to the point - a retailer became the richest man in the world, and this man started as a store clerk who opened his first Zara store in 1975. Ortega holds shares in Inditex, the parent company to Zara, Massimo Dutti, Pull&Bear and other brands. According to Forbes he earns a massive $900m per year in dividends.
I have often questioned my role as a retailer, particularly in recent years, but now there are no excuses. The world is my oyster, and I can attain great wealth. Mr. Ortega shows it can be done.