Another Melbourne Icon Has A Parking Problem 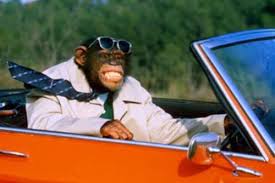 Melbourne Zoo wants more parking. According to a newspaper article last week they are currently allocated 1500 parking spaces at Royal Park and they want a further 1000 spaces, possibly in a multi-level car park. That would give them 2,500 car spaces.

Their justification for more parking is based on expanding their 1.4 million visitors per annum numbers to 2 million over the next 5 years. Train or tram lines run past the zoo but only 15% of patrons choose to use public transport.

You can make an interesting comparison with the Queen Vic Market which, according to some figures compiled  some time ago, gets 10 million visitors per year (that was before the night market started). QVM is currently only guaranteed 720 car parking spaces. We also have public transport running past our market although many people prefer to use cars, particularly if they have to carry heavy parcels of food.

Traders had been asking for their 720 car park spaces plus replacements for spaces recently removed from surrounding streets, and if QVM plans to remove trader vehicles from stalls, a further allowance for trader vehicles. The more you look at it, the more reasonable that request becomes especially if the Melbourne Zoo plan has merit.