Reminiscences Of A Trader Representative 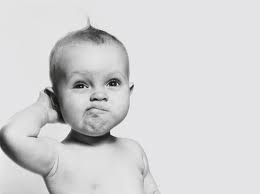 After 6 years serving as a Trader Representative at QVM I have decided not to nominate for the upcoming Trader elections and it is an opportunity to reflect on a turbulent time in market representation.

In 2010 when the CEO at the time, Jenny Hibbs, invited participants to a Trader Focus Group discussion there were many clear issues for our market. The GFC had wreaked its wrath on retailing and the economy generally. Customer reviews were showing increasing criticism of the market offer, particularly in the top end, and it was clear we needed to review our direction.

For Specialty Traders (General Merchandise) there were some key issues. Market promotion was almost entirely directed at food with the prominent tourism brochures at the time completely neglecting the Specialty Merchandise offer of clothing and souvenirs even though that is what the tourists would come to buy. 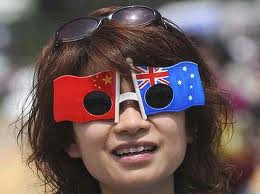 That has all changed. And while QVM is rightly regarded first and foremost as a food market (there, I have said it) there is increased emphasis on the important role of tourism with specialists like Andrew Cyples adding their expertise.

Another key concern for the original Focus Group (later to become the QVM Advisory Committee) was the lack of core retail expertise in management. You can imagine how that criticism was greeted by management at the time. Our reasoning was that the GFC had changed the ground rules and it was no longer sufficient for "property managers" to meet the needs of a rapidly changing retail world. The Boards recent appointment of Malcolm McCullough as our CEO with his strong core retail experience (including small business) showed that they agreed.

Of course a major concern for early Trader Representatives (and I should have put it first) was lack of investment in our market by City Council. We have recorded on these pages before about that momentous occasion when an angry Trader wrote to the Lord Mayor asking for a meeting to discuss lack of commitment to QVM and Lord Mayor Robert Doyle agreed. He said the decline of the market was a major concern for the city and set about correcting past neglect with a potential $250 million re-investment strategy. Trader Representatives have been an important part of that process.

The fourth major issue for Trader Representatives was reversing the decline in trader's incomes as the retail revolution took hold. Obviously this remains a work in progress. Like retailers around the globe we at QVM are struggling to adapt to new consumerism. There are bright spots. Our Night Market concept shows promise and we now have funding to make suitable changes to the way we operate. We are engaging the best brains from our respected city design team and listening to global experts as we carefully pick our way forward. Trader Representatives have an important role to play as they contribute "on the ground" experience and communicate with the wider trader body.

In a process started by Jan Cochrane-Harry and now strengthened by Malcolm McCullough, our access to management staff has never been better. The influence of Trader Representatives can be considerable. The upcoming election will be an opportunity for fresh creative trader minds to help find a way forward for QVM. If you are one of those people, or you know someone who is, now is the time to nominate. A bright future for our market depends on it.