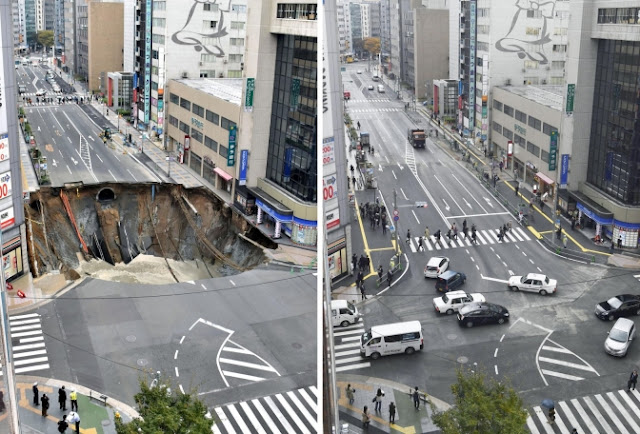 As traders agonise over the long term disruption of underground facilities being put under A,B & C Sheds, one of our traders has proposed we should take a leaf out of this Japanese city's repair book.
A gaping 65 metre deep sinkhole suddenly appeared in this city street  on November 8th but less than a week later (second photo) it had been repaired.
We are not quite sure how you deliberately create a sinkhole and this one was repaired with a simple fill-in, but we appreciate the sentiment. Minimising disruption will be paramount for all concerned.