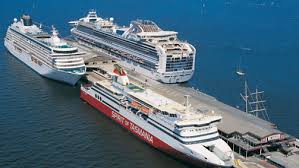 In a move that could impact significantly on QVM visitation, Lord Mayor Robert Doyle has proposed an island facility in the middle of Port Phillip that would allow a huge increase in the number of cruise ship passengers coming to Melbourne.

An island facility would provide a ferry point for passengers to be brought into the heart of Docklands rather than the current drop off point at the ageing Station Pier facility in Port Melbourne.

Mr Doyle said "It could be really a very vital part in doubling the number of these cruise ships that come to Melbourne. And in particular, as they get bigger and bigger, if we only have Station Pier - we are less and less attractive,"