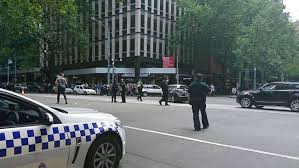 Now that there has been time to evaluate the events in Bourke St on Friday 21st January a number of organisations including The Queen Vic Market will be assessing their response and making recommendations for future action.

It should be noted that there was no official  government alert on that day although the escape of youths from Malmsbury detention facility in the week after,  did result in an official warning from the government. It would appear that lessons have been learnt at all levels.

There has been plenty of discussion around the market about the use of SMS’s to advise traders about emergencies, the use of bollards at key vehicle entry points during trading hours, and possibly even the permanent closure of Queen St.

Traders are also asking themselves how they would respond to an emergency and particularly under what circumstances they would abandon their stall and stock, as well as what responsibilities they have to their employees.

More will come from this issue and it is likely that the soon to be formed Trader Representative Committee will have the question of emergency response high on their agenda.