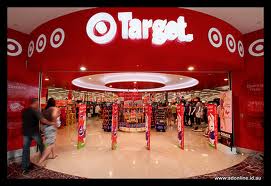 K-Mart and Bunnings are the performers in the Wesfarmers stable while Target has seen a steady decline in business, and now the axe is to fall at the Target head office in Geelong.

Apparently the retailers marketing department is to be cut with another 200 back office jobs to go in a re-structure. Target's new CEO has foreshadowed plans to attack their cost base and address issues of excess inventory, increasing store theft, and a poor start to winter sales caused by unseasonal weather.

Stuart Machin is Target's third boss in two years but he comes highly credentialed as a key figure in Coles resurrection over the past 5 years. Target are expected to introduce a  greater emphasis on direct sourcing and squeezing the supply chain - a successful strategy used to raise earnings and profitability at Coles.