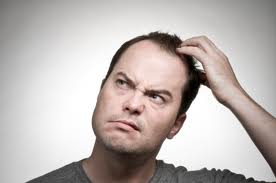 We reported on these pages back on the 7th of June that consideration was being given to transforming J,K, and L sheds into some form of multi-purpose activity centre. http://www.victraders.com/2013/06/four-key-sheds-feature-in-qvm-re.html?m=0. That proposal is a long way down the track, and may not ever go ahead but it was an interesting insight into management thinking. How some traders have respond to it is the subject of this post.

A group of traders is proposing an immediate condemnation of the proposal. They are suggesting that traders join together to oppose any change. Traders Representatives were incensed at the proposal as well but not because of the nature of the change proposed. Traders Representatives were incensed that we had not been consulted. The point is that renewal is going to bring with it many changes. Multi-purpose activity centres are becoming common in market renewals around the world. They are quite possibly a good idea for making markets more flexible and more adaptive to consumer needs. Creating an open space that can be used to attract thousands of special event participants (read customers) for instance has real possibilities. Whether that could happen on Queen St. or within JKL is open to debate. Traders will probably need to consider many proposals like this but finding out about them through the back door (in this case an agenda buried on the MCC website) is not the way to go.

Getting back to our trader group that wanted to oppose the multi- purpose activity centre -  rather than apply a blanket ban on new proposals lets insist on more transparency on what they might involve. Retailing is changing forever. New proposals deserve diligent evaluation. Management, Board, and Council need to consider the legitimate fears of traders whilst  taking them into their confidence as they consider all the alternatives. Traders, in turn, need to be open minded about new ideas. Both parties need to lift their act. There are very exciting times ahead.

COMMENTS:
22/7/2013 - 1030 - Stakeholders - "I have always thought it the course of wisdom to answer a question only after you have heard and understood the question and carefully evaluated the possible answers.
"NO" to everything certainly does not reflect that philosophy.
However, if you are not being asked a question but having an answer forced upon you then trying to be reasonable would be totally inappropriate, naive and gullible.
So if you want a "YES" from traders the onus is on the proponents of change to ensure that they are asking genuine questions, not rhetorical ones, but open ended questions which will attentively consider traders opinions and concerns before coming to conclusions.
This does not appear to be the case at the moment (and please don't even try to claim the series of meetings held last year were genuinely interested in doing that). We believe 3 redevelopment proposals have been put before State Government with no decision yet on the preferred option. We do not know the specifics of these 3 options. Obviously the impact assessment traders need to do cannot be done without detailed information on the specifics of the different options under appraisal.
Keep this quasi-engagement style going and our answer may be to quote Darryl Kerrigans famous statement from 'The Castle' and that is to say "Tell em they're dreamin". - Ivano

22/7/2013 - 21:07 - Our Rights - "This is the problem that we have, as I have said before and I will continue to say, we all need to stick together and say what we want to see happen, but we don't. A lot of traders are too scared to stand up and fight as they don't want to lose their stalls or others don't care as they'll just sell their stall and move on or they are only in the market at the moment to make a quick few dollars. We need to engage the media if we don't start getting more of a say and being informed of what the future plans are." Leah