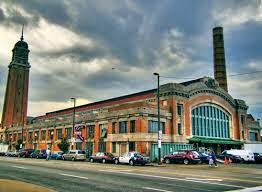 This is a story of an older public market that is struggling with change. A recently written article contained many interesting quotes that could be relevant to many global markets.
“The market's greatest strength – its history as a local institution – also makes it a place that's stubbornly slow to embrace change. And while no one wants it to become a cheesy tourist trap selling T-shirts and trinkets, no one wants it to be irrelevant, either.”
"Why change? some would argue. The market is fine. It attracts a million visitors a year and vendors say sales are still rising in the wake of the centennial. That sentiment overlooks the fact that there are plenty of challenges here, as well. Beyond the parking problem, which vendors say is No. 1, the buildings have a backlog of repairs. And then there are the shoppers who bitch about rotten produce, and plenty of others who say the hours are inconvenient. Others ask: Why aren't there more local foods?”
"Yes, the market is a great place for cheap produce and affordable meat options, however, the market is stuck in a time warp, minus a couple new specialty shops and those who choose to sell organic produce, local produce, and farm-raised meats. The problem is the latter are few and far between, with many vendors selling absolute garbage that might have fallen off the truck. I say it is time the market cleans up before it goes the way of the dinosaur."
“Some complain that the market's hours are impractical and don't serve customers or businesses. "The hours need to be convenient for customers, that's No. 1," says one trader. "I don't have enough days in the week to sell my stuff. I'd love to be open Sunday, to add another day to my schedule. I'm working at capacity now." Other vendors disagree, saying that they already work long hours and don't want to add a day. “
“The older generation of vendors had become so used to being ignored by the city, they often assumed an adversarial stance out of habit.  "They were angry with the city in the past because they'd asked for things and didn't get them," she says. "These guys had been duct-taping things together for many decades."

This market is in Cleveland, Ohio and despite its problems, appears to be working through its issues with a new CEO and new younger trader representatives. It exists in a dynamic growing neighbourhood and has extended its hours to cater for customer demand.
Have Your Say - click here.