Regaining Our Entrepreneur Mojo At QVM 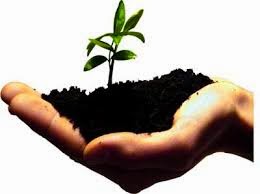 Retail recession has brought with it some difficult times but also some great opportunities. It could be said that there is no better time to leave your mark on the playing field of new consumerism.

A U.S. college student who didn't have what it takes to join the school teams in high profile sports like baseball and football, found an interesting way to carve his influence. He helped form the college's first lacrosse team. He figured nobody else knew much about that sport either and if he worked hard he would have an equal chance of excelling. Biz Stone became captain of the lacrosse team and later went on to co-found Twitter.

There is not exactly a shortage of business entrepreneurship tales and you can quite rightly ask, why is this one relevant to QVM? Thinking outside the square is a desirable tool to have and some people have a natural talent - there are quite a few of those people amongst QVM Traders. Entrepreneurs need an environment in which to thrive and for Stone the dot com revolution was the right environment. Retailing is going through a revolution of its own as customers take the upper hand and, aided by some whizz bang new technologies, dictate a whole new way of doing business. This makes business difficult, but also creates new opportunities. In a few years time many of us are going to look back knowingly and say “That was a time when we could have taken that opportunity” or “Why didn’t we think of so and so?”

There are ways of fostering entrepreneurial creativity and we think QVM Management could help here. We suspect that some of the best ideas might come from current traders - traders who who have on the ground market experience, know how to present products, and know how to appeal to customers.A trader recently commented that he had a few new trading ideas but they were not allied to his current approved selling category so it was difficult to get a customer response. He felt that an opportunity to trial his concept at a place like QVM would quickly let him know if the idea was worth pursuing.

What if QVM created an incubation market? Traders could set up a small stall in a designated area and see what response they got. They wouldn’t need more than two or three weeks to test the reaction and decide if a formal approach could be made to QVM for a new business. QVM would need to waver all those formal applications processes for this initial 2 or 3 weeks– this is just about testing customer reaction. But the possibility of finding some new gems seems irresistible.

Is this something you would like to take advantage of? If so, let us know and we will see if we can take this matter further.

Have Your Say – click here.
COMMENTS:
26/05/2015 18:11:22 re Incubating businesses and ideas. "I feel very worried that there are many large chains and businesses waiting for the development to proceed to get involved... I see signs of the power of big business and money already.
eg.. the rights to sell Alcohol at the Night Market has been sold to a large Alcohol company which has resulted in one very small long time day trader and night market trader (with a boutique winery making wine without sulphite)  has now been told he won't get a gig for his small stall at the night market.  He was told when he complained that there was too much money involved..... this is the power of big business...
I think this is as big a threat as any faced by small micro businesses in this redevelopment plan... and I don't hear it being talked about."

You raise a couple of very interesting issues. How far can any one entity dictate competitive philosophies at QVM? Essentially what you are describing is anti-competitive. And, the opportunity to enhance QVM's trading hours by adopting a mix of day, night and seasonal markets should surely be seen as an opportunity to offer all current traders additional opportunities to make their businesses more flexible and more profitable. More flexible to suit market operations and more profitable to secure business viability. - Ed