Why Teamwork Is Important At QVM 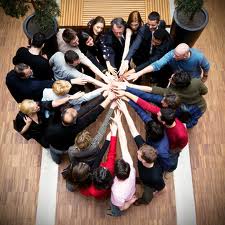 Small business independence is a huge attraction for traders at QVM. The challenge and satisfaction of doing things your way is what keeps many of us involved in this crazy world of retailing. But like many things in life that independence needs to be blended with group responsibilities.

At QVM we rely on our neighbours for many things, not the least of which is the group attraction of 600 or so traders. One trader operating in the middle of a car park is unlikely to attract much business. Embracing this group dynamic is important. We all have a role here, and the presence of our neighbours is as important to us as we are to them. So when a trader ignores his/her group responsibility it is a matter of concern.

Let's look at an example. A trader (who shall remain nameless) was being criticised by his neighbours for packing early. He was known to be packed and gone from his stall before official closing time especially if there was a particular sporting match on TV that afternoon. The problem is that packing up your stall in full public view sets a customer expectation – “The market is closing?” – “I had better stop browsing and rush my purchase” - or, “I will come back another day”. Neighbours who were still doing business at their stalls were rightly critical of this trader's actions.

When questioned, the trader responded - "I pay my rent and I think I should be able to choose whether I leave early". That was the independent voice speaking, and we have already established the attraction of being independent traders at QVM. But the group voice says this trader should accept his responsibility to his fellow traders (and his customers) no matter what sporting show is on TV or what other reason has motivated an early pack. Often that other reason can be poor business levels although we know that, in this fickle world of retailing, a poor business day for one stall is not necessarily a poor business day for every other stall.

The point is that we do have an obligation to our fellow stallholders, and of course to our customers, to trade right up until the nominated closing time on each and every trading day. Working as a team can be very important even for independent market traders.