April Fool Jokes Can Be So Cruel 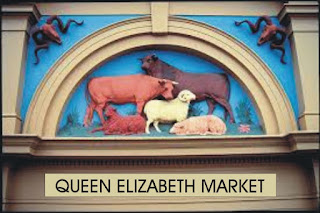 We love our technology at Victraders.com ( there is something about being all high tech in a 140 year old market) and news of the latest 3D printer to come on the market struck us as an essential tool for every small business.

According to the report – “Krispy Kreme Doughnuts have launched a 3D doughnut printer which allows consumers to 3D print their own little moments of delectable joy at just the touch of a button. Each limited edition printer costs just $8990 and comes with 12 pods of Krispy Kreme’s world famous special glaze.”

A link for more details revealed the announcement – "3Doughnut Printer is not an actual product. April Fools!!" An April Fool joke is one thing, but this is just down-right cruelty to all coffee and doughnut lovers.

While we drowned our sorrows in leftover easter eggs, we came across the following list of genuine (?) April Fools jokes for 2016.
Australian Tennis Open – courts will be surfaced with timber for the 2017 season.
Coles – will introduce “hover trolleys” to avoid jammed trolley wheels forever.
Ford – will introduce colour lighting into their vehicles to match your mood.
Vodafone – introducing Voda-drones to cover the 3% of the population not currently covered on their network.
eHarmony – in conjunction with Wild Life Sydney Zoo is starting a pet dating service.

And for a bit of homespun humour –
Queen Victoria Market - is to be renamed Queen Elizabeth Market in honour of the monarch’s 90th birthday.

Some people just have too much spare time.