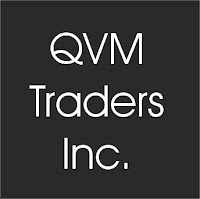 Traders will remember that after a long absence (The last association was wound up in 2004) a trader’s association was formed in 2013. QVM Trader’s Inc. was established with the purpose –
“To support market traders at Melbourne’s Queen Victoria Market as they maximise their business interests and potential. To encourage the development of the Queen Victoria Market as one of the world’s premier public retail markets through its service to local, regional, interstate, and international residents and visitors.”

Back in 2013 it was intended that the association be set up with a paid executive officer financed by a 1.25% levy on rents. For a number of reasons that arrangement did not go ahead and the Association has been in caretaker mode since, with 8 committee members meeting at irregular intervals.

The important work of trader/management liaison has largely been performed through the Queen Victoria Market Advisory Committee (made up of elected Trader Representatives and QVM Management) and the various associated entities – 121 interviews, project teams, and sub-committees set up under Jan Cochrane-Harry's leadership.

A number of traders and QVMTI committee members believe that there is room for a rejuvenated Trader’s Association and have commenced a membership drive based on an annual subscription of $10. Traders may receive an approach to join the Association over coming days.