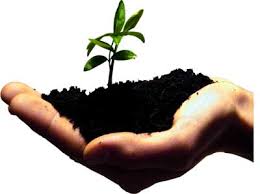 Last week’s Trader’s Bulletin included content on a new license arrangement for budding stall holders and it would appear to have great potential.

Some time ago, QVMAC Trader Representatives approached management about removing the barriers to trading at QVM. With “business incubator” being a strong market objective it was incongruous that prospective traders were being asked to sign licences upfront. We knew that QVM needed to attract more creative budding entrepreneurs but those same entrepreneurs were rightfully reluctant to commit a new idea for the long term. We were in a retail recession (we still are) and the hurdles to success were many and high.

But if you could try out your idea without being tied down you could experiment with greater confidence. The new 4 week licence allows just that. We applaud this initiative from our recruitment team although the new flexibility does bring another problem. Four of the new traders listed in last week’s bulletin appear to have similar ranges. Obviously we don’t want to perpetuate the duplication that has haunted some categories in the market’s recent history. However we would much rather have a trader-selection problem than a trader-supply problem and the 4 week trial licence appears to have succeeded in that regard.