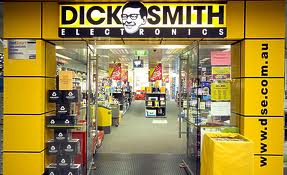 Electrical retailer, Dick Smith, was placed into voluntary administration by its Board earlier today, and quickly followed up by the appointment of Ferrier Hodgson Partners as receivers.

The receivers said it was too early to identify the primary causes of the current financial difficulties other than to say that the business had become cash constrained in recent times. Dick Smith operate over 390 stores across Australia and New Zealand with the NZ operation expected to be sold as a profitable enterprise.

The group had forewarned of disappointing sales in October and November and embarked on a massive clearance sale during December, but this failed to meet expectations. Dick Smith stores will continue to operate as normal while future options are assessed.

Update 7/1/2015 - As Melbourne's financial commentators dissect the circumstances surrounding the Dick Smith dilemma a few key issues have come to light.
1. Australia has more electronics stores per capita than the US and UK so this is a very competitive category.
2. Competitors like JB HiFi are lean, mean, and very focussed on their category.
3. Dick Smith has been called a geeks electronic supply shop that didn't quite make it to mainstream electronic consumer goods.
4. A key issue for Dick Smith has been their stock content. An oversupply in house brands that were not selling, and an under supply in key popular name brands, has held back performance.