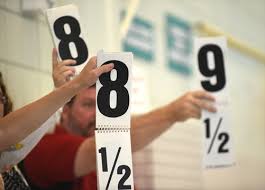 Back in November we published an angry response from a trader who was concerned that the old points system for ranking traders had been abandoned when traders were being assessed for stall allocations, permanency, or licence renewals. In essence that trader was right but a number of discussions, including a meeting between trader representatives and management this week, has ensured that the issue will receive close attention and be openly debated.

Essentially the old system was based purely on years of service. As vacant stalls were advertised and allocated, the trader who had been in the market the longest would get first preference. That system still features in the daily allocation of stalls to casual stallholders although it has been modified to remove some anomalies. For instance a casual trader with long service who does not trade regularly will not necessarily get first choice of stalls.

Over recent years there has been more emphasis on other criteria associated with trader performance – things like stall presentation, attendance, customer service, uniqueness of range, and so on. Traders who excel in those areas have rightly claimed recognition of their offer when it comes to stall allocations or license renewals. Essentially their claim is based around what they offer the market as well as how long they have been here. Retail is a dynamic industry with immense change. Limiting access for new concepts because they haven't been around long enough makes a mockery of innovation.

Having said all that, it is still important to recognise the contribution of our long serving traders. The City of Melbourne certainly do that with their annual Lord Mayors Commendations. There is a view that no single factor should be used to assess trader performance whether it be length of service or uniqueness of product. A proper assessment system will consider a variety of factors with suitable weighting depending on their importance, and that is what is being discussed right now. A number of Trader Representatives would like to see a completely open and transparent points system that is formalised, and includes a disputes procedure when agreement cannot be reached.

The matter will be discussed at the next QVMAC meeting on 28th January and we then expect the formation of a sub-committee which will allow interested traders to have input. In the meantime, if you have a view to express on assessment criteria, you can write to the office, send us an email, comment through the Have Your Say link below, or talk to your Trader Representative. This issue is worthy of debate.