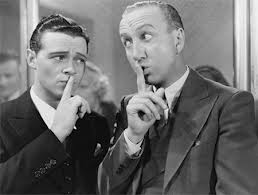 Trades Hall Meeting
A meeting at Trades Hall on Wednesday was apparently attended by around 80 traders and was the usual mix of heavy debate and emotion that you would expect from a union meeting. We understand that CEO Malcolm McCullough went along to the meeting to give a management perspective but was refused entry.

Managements Snap Poll On Renewal
Management conducted a trader survey yesterday in parts of the top end yesterday. It was a survey to determine how well the information given at recent trader meetings had filtered out into the bulk of traders but it included a question about renewal. Traders were given the opportunity to declare their attitude to renewal as a Yes, No, or Unsure.

A quick discussion with some of the traders after the poll indicated that "Unsure" was a common response and, given the situation, that sounds quite reasonable. Many were grateful that the third option was available. They didn't want to say "Yes" until they knew more, and they didn't want to say "No" because they felt some change was needed.

Wi-Fi Under The Sheds


We understand that facilities have been installed under the sheds in the top end to provide public wi-fi. Not sure whether that has been turned on yet but you might like to check occasionally on your mobiles.