Donald Trumpism Is Alive And Well At QVM 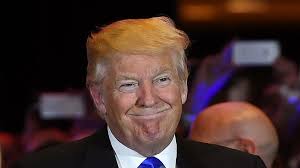 The conspiracy theories that surround the US presidential election campaign are not unique. Queen Vic Market Traders are subjected to similar untruths.

Political commentators say that Donald Trump is famous for his conspiracy theories, turning rumour and innuendo into messages of fear. Cynics are having a field day. And at QVM we have some examples surrounding renewal. You know the ones -  "This is all just a land grab", "They are going to turn us into a supermarket", "They are trying to destroy our market".

The advantage for the cynics is that their statements are difficult to entirely disprove. 9/11 could have been orchestrated by the US Government, Princess Diana could have faked her own death, and maybe we never really landed on the moon, although in all those cases the facts suggest otherwise.

Conspiracy theories and cynicism can provide the comfort of a solution to difficult problems. Sifting through all the evidence is extremely difficult and at times we are encouraged to latch on to an answer that makes convenient sense, even if it is not backed up by the facts, or the facts are just not known. QVM renewal is a complex long drawn out process and, as much as we would like a detailed plan laid out before us right now, that is just not possible. Sometimes we know the facts, sometimes we need to make a leap of faith, and sometimes we just have to ask the hard questions.

"I am a firm believer in the people. If given the truth, they can be depended upon to meet any national crisis. The great point is to bring them the real facts." - Abraham Lincoln

Those who push the conspiracy theories of course have a lot to answer for. Conspiracy theories can do a lot of damage and at best confuse the listener. The worst aspect of cynics is perhaps exemplified in Henry Beecher's (famous American Theologian) description in 1860 - "The cynic is one who never sees a good quality in a man and never fails to see a bad one. He is the human owl, vigilant in darkness and blind to light, mousing for vermin, and never seeing noble game. The cynic puts all human actions into two classes — openly bad and secretly bad."

Alternatively, cynicism may be described as "healthy scepticism" and indeed all aspects of a project as complex as QVM Renewal, deserve careful analysis, and most importantly, input from traders. But before those of you who are cynics start claiming any high ground, remember that one thing replaces all the guesses. Amongst all the blustering, innuendo, guesses, false motives, conspiracy theories, and cynicism there is the truth. There are facts. Sometimes they are obvious, sometimes they require a lot of work to discover, and sometimes they are yet to come.

CEO, Malcolm McCullough, says he hopes to continue trader engagement sessions through to December. Those traders who have attended the sessions so far may now understand the difference between "rock" traders and "sand" traders, may have seen plans for the new A Shed precinct, or may have been involved in a variety of discussions about plans and change. These sessions are the perfect opportunity to fill the gaps in our knowledge, not with conspiracy theories and cynicism, but with real information.