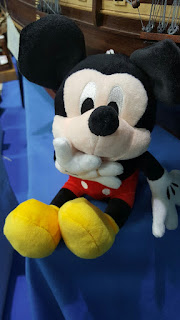 This article is in response to a page 6 Herald-Sun article on Saturday which referred to rodent control at QVM and placed our market in a poor light.

Let’s make it clear up front that we are in no way attempting to downgrade the importance of absolute cleanliness when it comes to food. An open air market has particular issues with food management and QVM and traders are acutely aware of their obligations. Our flippant photo is directed at the Herald-Sun treatment on this occasion.

The “selective” publishing of that page 6 article neglected a key paragraph that was included in the paper’s online version. The missing paragraph read – “A City of Melbourne spokesperson said their Environmental Health Officers worked closely with the 13 businesses whose premises received unsatisfactory scores. “Follow-up inspections last year found all these premises were compliant,” the spokesperson said.”
The online article went on – “Chief Executive of the Queen Victoria Market Malcolm McCullough said there was a thorough pest control program in place at the Queen Victoria Market. “Two contractors service the seven hectare site, with pest control measures undertaken fortnightly in the open-air sheds and public spaces, and monthly in fixed shops and enclosed areas.””


HaveYour Say – click here.
COMMENTS:
13/02/2017 11:13:30 Contaminated food areas "Dear Greg why were the food areas that were deemed by the health authority to be not up to standard  in the market not named.   The are named outside the market." Thanks. The traders were not named in the newspaper articles mentioned in our story. I'd be interested to know where they were revealed. - Ed.
Posted by Editor at 13:36