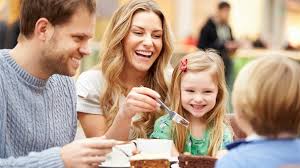 The latest National Australia Bank's consumer spending report shows that eating out is on the rise and that spending in regional areas is showing a faster rate of growth than in metropolitan areas.

Overall, spending growth was fastest for Accommodation, Cafes, Pubs & Restaurants (13.5%). Economist and adviser to Dun and Bradstreet, Stephen Koukoulas, commented on  Smartcompany's website  that increasing consumer focus on spending on experiences, and fast paced lifestyles was leading to more individuals eating out. “You’re getting a well-off group of people who are spending things on services, not goods. They’re buying nice things, rather than buying on goods,” Koukoulas says.

Overall spending in cities grew by 2.9% over the year while some regional areas recorded growth above 15% with Murrindindi Shire (the area around Kinglake and Alexandra) and Buloke (Birchip, Charlton, Donald) showing the highest rate of growth in Victoria.