A major point of discussion at this week’s QVMAC meeting was the level of marketing and promotion at QVM and whether expenditure on this critical function reaches industry standards and is sufficient for a major retail entity. In other words, how much should we be spending on marketing at QVM to do justice to the combined sales potential of all traders.

What is the industry standard? A Bloomberg article back in 2009 suggested that, in the retail industry, around 5% of sales turnover should be spent on advertising. A more recent study by Gartners in the US suggested that the average total marketing spend (that is the total spend on marketing including the cost of operating a marketing department) was around 10% for retail.

So how does QVM fit into this? Traders do not report sales figures so getting a handle on QVM's sales is not easy. Back in 2008 our CEO famously suggested that QVM turnover was around $1billion per annum, although that was based on an average customer spend taken from some market research multiplied by the number of visitors to QVM (10 million per annum). The figure is probably optimistic but even if we allow for half, $500 million per annum turnover, then around $25m per year needs to be spent on advertising at QVM. 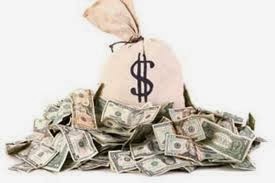 Once again, it is difficult to measure what is spent on advertising. The spend by QVM, the company, is not too difficult to work out, but the spend by traders is unknown? Some traders have substantial marketing budgets, while others spend very little. It is fair to suggest that the combined total gets nowhere near $25 million. In an industry where our competitors are spending huge amounts on marketing (just look at our two competing supermarkets) QVM would appear to be falling behind. This is a common failing of public retail markets around the world.

Traders do have some responsibility for marketing their own businesses. Establishing and maintaining a website is probably the main component and embracing social media is certainly a cost effective way of promotion. Many traders have websites and many more need to establish them. But what about other forms of advertising, and is individual business expenditure the best way to market QVM? There is a strong argument for saying that pooled marketing resources is the best way to go. You are more likely to create ripples in a pond with a stream of water than with thousands of individual drops.

There is also an argument that traders are already contributing to QVM marketing in their rent. Apparently a number of years ago the market collected a rent figure and a separate advertising levy which were eventually combined into one. Despite this many traders understand that a combined Trader/QVM marketing effort is necessary. A number of traders have already expressed a willingness to contribute to special marketing and promotion funds that, as an example, would bring tourist buses to the market. There are many options to look at, but one thing is sure - both management and traders need to lift their contribution if QVM is to get the level of marketing it deserves and our market is to prosper in today’s competitive retail environment.