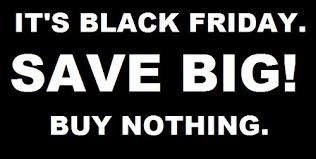 The 9/11 terrorist attacks were partly described as a protest against Western excesses and there have been many who have since questioned their philosophies about spending and the relevance of buying goods versus personal connections and other higher level activities.

This month a post came up on my facebook feed labelled Buy Nothing New Month Australia which was all about saving our planet from excess. The theme was to give a gift that didn’t add to waste on our planet.

The photo below looks like a Jackson Pollock painting but in fact it is a photo of a football field size dump of bicycles - the sorts of bikes that have been littering the streets (and rivers) of Melbourne over recent months. This photo was taken in Shanghai where three companies fill the streets with their rental bikes. Well, actually there are now two because one of those companies has just gone broke. The waste of resources on fairly new items is mind blowing. 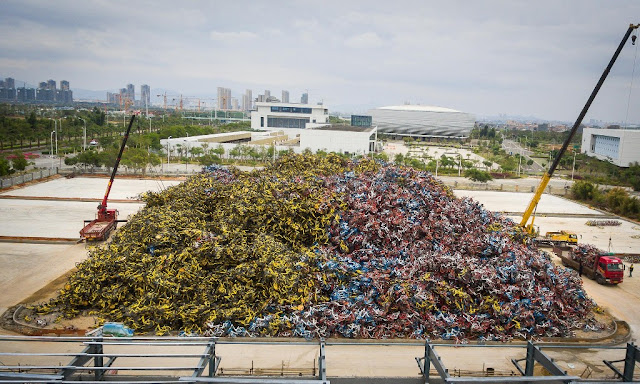 Associated Press reported a couple of days ago on global protests aimed at Black Friday, the manic sales event that attempts to create a buying frenzy with outstanding discount offers. Protests in France were particularly strong and raised claims that irresponsible consumerism was against French culture.

Incidentally, Amazon have listed the top five items being sold in their Black Friday sales as – the Echo Dot smart speaker, the Fire TV Stick which streams content to your TV, a Smart Plug that allows remote control of devices in the home, the Instant Pot which is a combination pressure cooker/ slow cooker/ rice cooker, and finally a DNA Testing Kit.

Clearly the consumption debate needs some balanced thinking and it might pay to give some thought to how your product range fits into the whole scheme of consumer sentiment. There is little doubt that many of your customers are thinking about the relevance and morality of their purchases.