Plane Trees Are A Real Problem 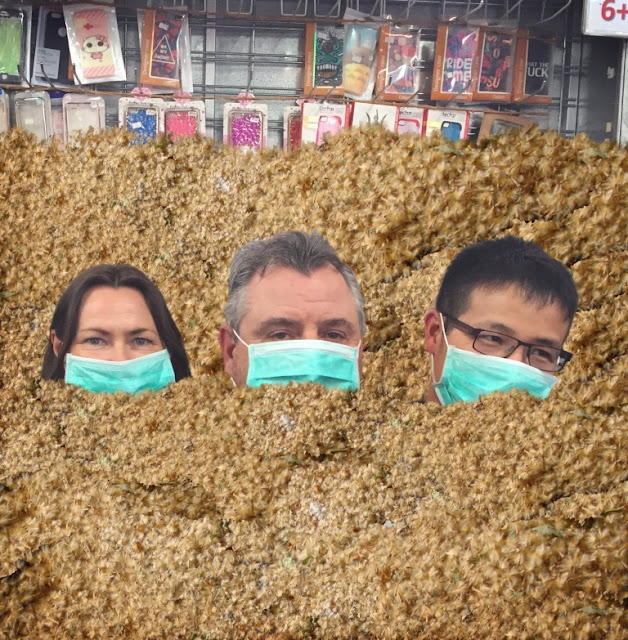 There has been much speculation over the health risks associated with Plane Trees particularly at this time of year and last Sunday’s wind and pollen event was the last straw for those traders who are particularly allergic to airborne irritants.

Of course customers are also impacted and when our market is surrounded by Plane Trees, including those on our doorstep in Queen St. the problem is magnified.

Apparently not everyone is affected by Plane Trees, in fact the population is less likely to be affected by these trees than say Rye Grass, but when the pollen and irritating fibres accumulate like they did last Sunday, the impact can be severe. Our photo overstates the level of pollen and fibres but the need for face masks was very real.

In a report a few years back, Sydney academic, Professor Euan Tovey, said - “that while plane tree pollen doesn't cause as many allergies as most people presumed, their trichomes were a powerful irritant.” ''Those white hairy things,'' he said, pointing at microscopic fibres on the back of the plane tree's leaves, ''are very sharp. They're trichomes. They come off and float off in the air. '' The report said that “more research was needed but it was very likely it was the trichomes that were causing the bulk of the problems, especially given intense exposure could make symptoms worse. That could explain why arborists often complained about plane trees. Another problem was the trichome season, running for about 12 weeks from September to November, was twice as long as the pollen season for six weeks from late August.”

Another report said – “Last year complaints from members of the public and business owners on Melbourne's popular Lygon Street coffee strip prompted the local council to trial hormone injections and sprays to try to reduce the amount of pollen the trees produce. It had little impact, so some Melbourne and Sydney councils have opted to phase out plane trees altogether.”

We understand that CoM have a policy of replacing damaged Plane Trees with other varieties but maybe they need to be more pro-active, at least around Queen Victoria Market where such a large number of people are gathered in a small area. A deliberate cull of let’s say 100 PlaneTrees per year should be manageable in the city budget.

Have Your Say – click here.
COMMENTS:
06/11/2017 19:09:50      Plane Trees   " It would really be a stupid decision by the powers that be ,if they don’t take the opportunity now , with the renovations, to replace them with some other trees. They are the curse of Melbourne city.   No wonder Melbourne has been found to be the worst city in the world for allergic seasonal ailments."       Andy
Thanks for your input Andy. It is a good time for replacements to be installed.- Ed
Posted by Editor at 12:09