The Great News About Online And Physical Stores For Market Traders 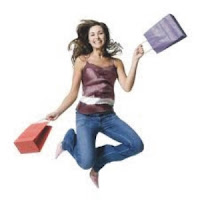 As this retail revolution carves its way through established retail practices, we are constantly looking for some bedrock, some indication of how the revolution will settle on a new order that we can all access.

A spectacle company, Warby Parker, has provided the latest indication that we might have bedrock. Warby Parker started off solely online. Apparently the premise was that the founders could not afford a chain of physical stores but they could afford a website and with some clever technology and clear focus, they thrived. Then they took the step of opening a few physical stores and now they have eight. The good news (let’s make that “great news”) is that they now conduct more sales through their physical store than online – see https://www.theatlantic.com/business/archive/2017/11/future-retail/546119/

The Atlantic article states – “They were averaging $3,000 a square foot annually, higher than Tiffany, Ralph Lauren, and practically every company not named Apple. By the end of this year, the company will have about 65 storefronts.” It should be noted that more than half Warby Parker’s customers go to their website before they visit a store.

There are two things to be taken from this example –
1.     Physical stores are not dead, they are just evolving.
2.     A website is the key to being part of this evolution.