Looking Back At The GFC & US Housing. 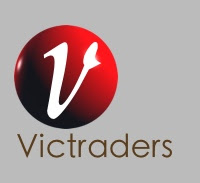 The GFC has had a huge impact on the world economy and is often seen as kick starting the new consumer frugality that is impacting so severely on retailing. So a recent overview published in the Harvard Business Review caught our attention and gave an interesting look back at one of the major factors in the whole disaster.

Just prior to the GFC, the US housing market was characterised by a high percentage of relatively risky loans. In fact, around half of all US mortgages were in this category and the majority were held by government or semi-government utilities. The government had drawn a connection between home ownership and responsible citizenship and so decided that the more Americans who were pushed into home ownership, the better off they, and the country, would be. Loans were granted freely, sometimes without any collateral at all.

Prior to this "free lending", home ownership only came about through diligent saving, working hard, and foregoing some of life's little luxuries. It required a responsible, considered approach to saving and home ownership. Removing those requirements had an unexpected (yet in hindsight, predictable) consequence as a large number of home owners defaulted on their loans and caused the collapse of the housing market and the financial structure built around it. Confusing cause and effect had a disastrous impact and we are all still adjusting to its consequences.