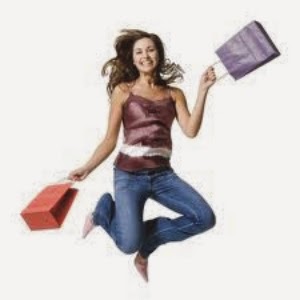 Melbourne CBD's reputation as a fashion centre has reached new heights as fashion powerhouses like H&M and Uniqlo open their doors.
Long regarded as the fashion leader amongst Australian capital cities, the Melbourne CBD's attraction had shifted to nearby factory outlet strips like Chapel St. and Bridge Rd. over recent years but city retailing is back with a bang.
H&M's high profile debut in the old Melbourne GPO Building is a very impressive example of modern fashion retailing. It features a bewildering range of clothing. Racks and stacks of well priced clothing can be found at every turn which is an interesting contrast to some of the minimalist presentations at the equally impressive Emporium Centre nearby. Emporium features global fashion icons like Uniqlo, Muji, and soon to open Topshop.
The rejuvenation of Melbourne's fashion offer is seen as a key ingredient to Melbourne tourism attraction as visitors from interstate come to town for their shopping trips. The feed-off for QVM has real potential.

Have Your Say - click here.
COMMENTS:
12/05/2014 16:52:54 CBD Fashion "Their is one issue l see with this.
Our trading hours are poor in comparison. The CoM has recently granted permission to the CBD to trade until 7pm 7 days a week, plus the late night trade on Thursdays and Fridays.
With our very early closing times - 2pm on Tues & Thurs, 3pm Fri (except this that still pack at 2pm) & Sat and 4pm Sun, we are now behind the times even more. Tourists no longer need to race out to get to the shops, because they are open later, so they can do other things, or just take their time starting the day.
Surely it is time we except the facts that we need to look at hours. We no longer have that early morning trade, our sales are starting later and later in the morning, and we are seeing more and more visitors arriving as we are getting close to closing times. A number of visitors expect us to be open to the same time as the city stores, as we are part of the CoM.
I am not saying lets still be open at 8am but lets adjust our hours to reflect these changing times.
I put forward an argument almost 12 months ago on a trial of changing our hours, on a Thursday only, with the market to to run 2 markets at the same time. One with the current hours, one with a later start time, and later closing time, but nothing has been said about this since, but l still say it has merit, and would be the 1st to put up my hand to trial it.
Currently l arrive in the market on Sat & Sun at 5am, to be set up in full by 8am, and that is my choice, and l do not start to pack until 30 mins after closing, and l find l do more sales after closing than l do in the 1st hour we are officially open. I am a 4 day a week trader, and arrive later on Thurs (about 6:30 - to assist my neighbour, so they have enough time to unload their truck through my stall) and about 6am on Friday." Lance
Posted by Editor at 15:11