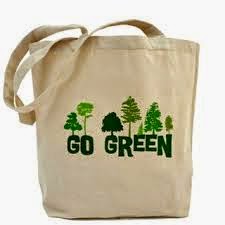 Shoppers With Re-usable Bags Shop Differently
A study in the US has suggested that shoppers who use their own bags are more likely to buy organic versions of food. So one green action leads to another.
But the same shoppers were more likely to add junk food like ice cream, chips and sweets presumably as some sort of indulgent reward for being green.

Children’s Books Could Be The Saviour For Bookstores.

The widely predicted disappearance of bookstores in the face of electronic alternatives has proved to be only partly correct and the survivors are still finding business opportunities in different book categories.
One Brisbane book business considered setting up a store dedicated to travel and cooking but when they carefully analysed their sales data they realised their specialisation needed to be in books for children and young adults.
At Dymocks they found that sales of printed children’s books rose 14% in 2014 while the young adult category, fuelled by film adaptions like Hunger Games, went up a massive 43%.

TV On Demand Is The Future
ABC boss Mark Scott has said that in the future children will be watching Peppa Pig on their iPads rather than waiting for the scheduled TV show to come on their TV screens. This is all part of the move to convenience and on demand access.


We wonder if such a shift could have a parallel in general retailing as shoppers look to shop when it suits them.