A New Measure For An Old Foe Of Market Trading 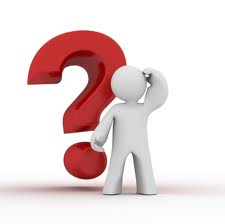 Back in 1979 a small group of traders discussed the impact of the Iranian revolution, particularly the rise of Ayatollah Khomeini. They talked about the way his rise to power had suddenly sucked the life out of retail trade as the fear of world conflict took hold. That is the first time I can remember thinking about global uncertainty impacting directly on my sales at QVM and now the Reserve Bank of Australia is actually measuring that uncertainty in its economic analysis.

Measures of consumer confidence have been around for years but this uncertainty index tracks the cost of different factors such as international events and government policy decisions on the economy. The RBA’s model found that increases in uncertainty of a fairly modest amount - such as 30 basis points - are associated with a downturn characterised by lower employment growth, weaker retail sales growth, and a fall in consumer confidence.

Past "uncertainty" events include Prime Minister Keatings "recession we had to have" speech, the September 11 terrorist attacks, and Lehman Brothers bankruptcy. It is not yet clear how this knowledge will influence the actions of the Reserve Bank but the direct correlation between fear and economic activity is a clear lesson for those responsible for activating and communication corrective action. It is nice to know that these disruptive events are being measured and strategies formulated to minimise unnecessary impacts. As Franklin D Roosevelt famously said "the only thing we have to fear is fear itself".