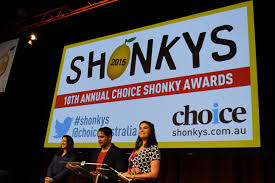 Brand reputations are made or broken on consumer reports and this year’s Shonky Choice Awards in Sydney have revealed some of the worst breaches of product integrity.

Samsung was up there with their Note 7 phone which showed a propensity to catch fire, and then there was Milo which claimed its popular drinking chocolate was a “core dairy product” despite Choice’s claim that it comprises 46% sugar. Amex were criticised for promoting an end to credit card surcharges despite forcing customers and retailers to absorb other costs, and the health claims of Camel Milk Victoria were challenged with Choice referring the company to the food regulator.

One carpet cleaning product (Vanish Preen Powerpowder) was claimed to be out performed by water although the company stated that their product was designed to remove dirt, not stains. So the old adage, buyer beware, can perhaps be joined by seller get your act right or you will be found out.