Unemployed? – Easy, Start Your Own Business 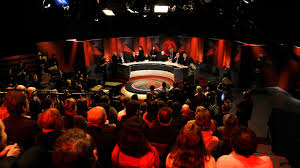 Q&A is a popular TV show and often handles the meaty social issues. A recent edition of the program looked at unemployment and included a statement from a panelist that has gained much media coverage.

News Columnist Grace Collier said “Nobody has an entitlement to a job. Society doesn’t owe you a job. The Government can’t get you a job.” “In reality there is only one person in this world who can guarantee a happy future for you, and that person stares at you in the mirror every morning.” She was talking about starting your own business.

Greens leader Richard Di Natale, ACTU President Ged Kearney, Labour MP Tim Watts, Economist Judith Sloan, and Public Affairs executive director John Roskham were the other panelists and you can imagine that there was a significant backlash to Grace’s comments.

In the debate that has followed the program there seems to be consensus that those wishing to start their own business need much more support in areas like finance and staff recruitment. Essentially it needs to be made much easier for people to set up their own business.

And of course The Queen Vic Market has a very important role to play assisting new businesses to bring their products to consumers.