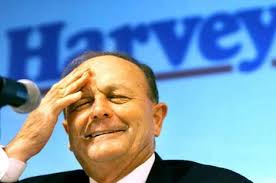 We have been using “retail recession” terminology for some time on Victraders.com although the technical requirements have not yet been met in Australia. Recession requires 3 months of negative performance and we have had 3 months out of 4 but not 3 consecutive months.

Gerry Harvey of Harvey Norman says recessionary talk is “fake news”. He says that the 0.1% fall in March hardly qualifies as recessionary and many retailers are in fact doing well. Harvey said "For everyone to talk about being on the verge of recession, it's such a stupid thing to say."

Harvey Norman’s impressive glossy catalogue in this week’s Herald Sun was pushing $5,000 television sets so they are certainly talking up retail at the moment.

Have Your Say – clickhere.