The Current State Of Market Trading Is Not Good 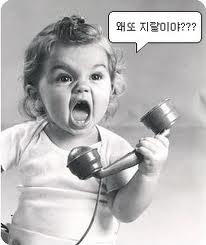 Our heading may be the understatement of the year on Victraders.com.
The overwhelming sentiment under the sheds this weekend has been anger and frustration. Anger at the state of business and the poor response from customers as sales continue to decline.

This is serious. September is one of our worst trading months and it is showing. Trader’s sales are reaching depths previously unheard of and the future is not looking good.

The reason? This might sound stupidly simplistic but customers are simply not buying. There appears to be a significant reduction in willingness to spend and if we can put a customer hat on for a minute, who can blame them? The press is full of really good reasons not to spend. Wages are stagnant and we are having to eat into savings, power bills are up, mortgage payments take a huge part of our available funds and what if interest rates go up? There is talk of a real estate bubble and questions about the share market being able to keep climbing. What self respecting, family responsible consumer would go out spending?

Of course our economy relies on spending to keep the wheels turning and generating confidence is a responsibility that Federal and State Governments are battling with. The Federal Government’s high profile “hauling across the coals” of power companies, and their pricing, is just one example (pun intended).

And that leads us back to the anger thing. Blaming QVM Management and CoM is still evident amongst traders although there is a growing realisation that retail decline is in fact global. Many of the very best, smartest,and highly manouverable retailers are struggling. Myer reported an 80% drop in profit this week. And unlike what many traders are suggesting, major retailers are not throwing huge amounts of many at traditional advertising. Smart promotion these days is through social media and QVM is well equipped in that area.

There has been a lot of press over recent months about the crazy ideas that retailers are trying. IKEA recently admitted that they will try almost anything to gauge customer response. Many organisations are releasing details of even minor trials like Australia Post testing a drone, Coles experimenting with grocery deliveries by bike (Deliveroo), and Amazon’s testing a shop without registers or staff (as far as we know that is still just a test). They do this because new ideas are worth trying but also because the results on social media are worth the effort. The spread of news across social media is quick, expansive and cheap and they are seen as innovative responsive retailers. Social media has great capacity to promote. RonnieZ’s caravan at the top of String Bean Alley claimed to have got 21,000 views on Instagram this week after some professional Instagramers took a photo in front of his juice van and today (Sunday) he has been featured in an Age newspaper article.

One industry very close to retailers that is battling consumer headwinds is of course wholesaling. If retailers are struggling with change so are their suppliers and even more so as retailers go direct to manufacturers. The gift trade exhibition circuit (key buying opportunities for retailers) has responded well to the downturn. Last July’s Melbourne Gift Fair looked vibrant and full. That was largely because they had amalgamated with the fashion industry and filled vacant spots with fashion. They had responded to change. The upcoming Sydney Gift Fair (one of the biggest of the year) has been recreated into precincts with alluring names like Abode, Boutique, Galleria and Runway and advertises “80 new suppliers”. Re-inventing their presentation is expected to bring them results. Can QVM be flexible like that?

The flexibility of major retail organisations and the ability to try a range of news ideas is something that QVM and its traders needs to look at more closely and we need to do it quickly. We are traditional and inflexible. We have many rules, procedures and attitudes that make change difficult and inhibit experimentation. And I am not just talking about market rules but Trader attitudes as well. As one trader said this week - “Protecting your little patch is fine, and it is great that some traders are still doing ok, but it is hard to do business in a ghost town, and if we don’t start taking a “what's best for our market” view we are all doomed.”

Probably the single biggest concern of traders is losing their spot and will they end up in a worse situation. Well, the obvious answer to the second bit is that not changing will almost certainly guarantee a worse situation while curated change to a better presented market will offer some chance of improvement. And if you have a prime corner spot right now then you should receive a similar prime spot in any move.

QVM Management need to do something serious about curating our market and presenting it in its best possible light. That may need more resources than they currently have allocated but it will also need a big dose of Trader co-operation to be effective. How soon can we start?