Traders Are Not Imagining Things – Retail Sales Are Tanking 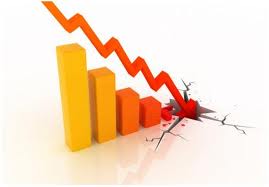 The lag between retailer experiences and economy-wide hard data can be frustratingly long but there appears little doubt that the recent sales drop experienced by market traders is being confirmed by official figures.

The last ABS figures showed that after some positive signs in June retail sales reduced to flat in July. And now it looks like August was significantly worse. The National Australia Bank’s Cashless Retail Sales Index released today shows a broad-based slowdown in August.

The yearly increase in cashless retail spending was measured at 7.7% in July but down to 5.3% in August and that single month’s decline is particularly pronounced.  This index only tracks non-cash (essentially card) spending but is considered a fair guide to overall spending.

NAB said - “The decline in the NAB Cashless Retail Sales Index in August follows slower (but positive) growth in June and July after faster growth in April and May. Based on movements in the NAB cashless spending index and our data mapping techniques, ABS retail trade is expected to decline by 0.5% mom in August which would be the weakest monthly growth rate since March 2013.”


“You ain’t seen nothing yet!”

Commentators are calling the latest figures a blow to the expectations of governments and the Reserve Bank. And if the experience of traders so far in September is any guide ( see our article The Current State Of Market Trading Is Not Good) then “You ain’t seen nothing yet!”