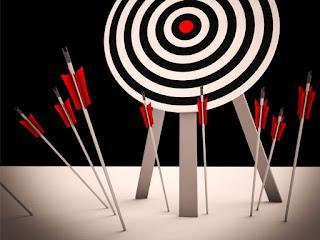 Sheryl Sandburg, COO at Facebook, has said “My favourite poster at work reads ‘Nothing at Facebook is someone else’s problem.’ When you see something that’s broken, go fix it”.

The trader group comprise around 640 independent business people who have rarely acted in unison and who are faced with a multitude of taxing daily tasks that leave  little spare time but we may need to do more. Others often hold the purse strings and the multiple levels of decision making at QVM and CoM are a bit of a mountain to climb but there are compelling reasons for extra effort.

There are some great retail minds amongst traders, those who have successfully focused on what it takes to meet the challenges of retail over many years. But we don’t seem to channel that knowledge and expertise. Is that just because there are too many differing opinions and too much self interest? Or do the ill-informed and inexperienced (and everybody has a right to an opinion) simply drown out reasonable debate.

And speaking of channels, we do have the TRC (Trader Representative Committee), but there are many who believe that is about as ineffective as it has ever been. Reports of representatives who refuse to inform themselves and simply follow “the party line”, or even worse, go to a union for advice. A flurry of representative activity recently was not about making our market better but about hammering management over misconduct allegations.

There is a common feeling that too many (not all) of our representatives are anti-renewal and anti-management. There are many important issues facing us including trading hours, product mix, and customer engagement. How can we expect to achieve results in an “anti” environment.

On the management side, there are examples of failing to fix problems and lack of transparency. It may sound silly, but right at the moment, smelly drains are a good example of problem responsibility.

String Bean Alley has been subjected to atrocious smells ever since Padres Coffee was set up with "temporary" drainage facilities some years ago. We regularly get reports of over powering smells impacting on traders and customers. Those who address these operational issues should be made to position their desk adjacent to the source of the smell for hours on end, just like traders. And of course it is not just the smell. It is the inaction, and the apparent lack of appreciation for the impact this type of event can have on relations with customers and business. This is a clear example of management placing much less importance on an issue than those directly affected. The official line is that it is not exactly clear where the smells are coming from. "Yes, we have a problem with Padre's but there may also be other sources." This is not someones else's problem. This simply has to be fixed.

Then there is the general question of transparency. Every trader has examples of issues that they have been consulted on, and given opinions or offered advice about, but then the final decision comes with no statement or at best some casual "in-confidence" explanation.

Traders have shown great interest in a roof over String Bean Alley and the possibility of containers in that aisle but there appears to be little real engagement. Traders will not be surprised (disappointed but not surprised) if a decision is revealed that ignores their views. As one trader said -"Please take us on the journey."

We need to do better in understanding how and why decisions are made. And that requires structure. Maybe not the TRC type, but a sequence of examination, input, consideration, feedback, re-evaluation, decision making, and clear explanation of the final result.

So what is at stake here? Well, on a wider scale there is survival during a retail revolution. At QVM there is a little thing called a $250m Renewal - an offer to invest in our market.  And what is the answer to us all getting more out of that renewal? Do we need a peak body of traders who can legitimately address the major issues of our market and negotiate respectfully and intelligently with management? How do we organise them in a way that respects limited time and resources? Do we in fact need to push aspects of renewal into the background and focus on business recovery? Who amongst that group of traders is prepared to say “Enough is enough, we need some progress here.” ? And what do management need to do to improve their end?

Can Sheryl Sandberg’s quote become a reality at QVM?

"Nothing at QVM is someone else's problem".

COMMENTS:
12/03/2018 12:32:07 Where QVM Fails "You may have answered your own question Greg .
Perhaps the reason you believe that the TRC are anti management / Renewal is because for too long traders have felt listened too but ignored or to Renewal focussed at the neglect of the day to day issues .
Sometimes you have to draw a line in the sand and say enough is enough.

Do you think we are any better off now than say 5 years age??"
Well, no, I guess we are not better off, but that is the point. We don't ignore the broken system, we fix it. And that means BOTH parties (excuse the shouting) work together for solutions. There is no room for orchestrated "anti" nor for lack of transparency. - Ed.

12/03/2018 12:49:04 where QVM Fails "Do we really need another committee? You have highlighted some current examples of trader concerns that were still around when the previous trader committee members were formed without results.
Management seem to busy on the Renewal to afford the time for day to day issues.
Talk to your trader rep as I do ,they seem more than willing to talk.
Otherwise put your hand up at the next election I don't think it is an easy job."
You are correct, it is not an easy job, but the bottom line is that we have to do more to move forward with solutions. And that means less hand balling to others, or stone walling, which have been tactics in the recent past. I am not sure what the solution is but enough traders are expressing concerns about the current situation to suggest a complete review of many aspects including trader/management relations and particularly the operation of the TRC. My personal view is that it requires a lot more involvement by a lot more traders, and we have some pretty good business brains out there. Unfortunately time is running out. The retail revolution is not waiting for anyone. - Ed

12/03/2018 18:38:57 Where QVM Fails "We have a greater trader representation now than ever some were elected un-opposed .So where were these great traders who think they can do better hiding ,easier to criticise from afar.
We are in this position now is because 2 traders & 1 son of a trader went to COM without any trader consultation  for help and now we are dealing with the fall out (for the betterment of the market).
Traders are under a lot more pressure right nowise opinion is more divided.

19/03/2018 01:05:19 Where QVM Fails " ""We have a greater trader representation now than ever some were elected un-opposed .So where were these great traders who think they can do better hiding ,easier to criticise from afar.""

SOME PEOPLE REALISE THIS SHIP IS SINKING AND TRY TO FIXED HOLES TO STOP IT. I AM TOO BUSY WITH THIS HOLES, BUT IT'S TOO MANY OF THEM, and THERE IS NO ANY HELP ON HORIZON..." Mino Jlp
Thanks Mino - Ed.