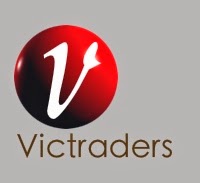 “Retail growth of the kind ­recorded recently needs to continue for a while before across-the-board rent increases can be considered.” - Besa Deda Chief Economist with St George Bank. – The Australian 12/4/2014

PE Traders have received letters advising of a 4% rent increase to be applied from 1st May 2014. Given the general economic climate and the state of retail rents it can be argued that any increase is inappropriate. Since 2013 shopping centre landlords like Stockland and GPT have reduced the rents on new leases by as much as 10%. Westfield followed late last year with a similar announcement.

Craig Woolford, senior analyst retail sector at Citi Investment Research was recently quoted in Jeweller Magazine - “We think that there is potential for flat rent for the next three years or so while retail growth pauses, but retailers won’t see a ‘big bang’ of falling rents – businesses will be able to negotiate a reduction only when they come up for renewal; it’s a slow-burn issue.”

QVM traders are currently suffering from depressed retail trading conditions and around the corner a disruptive renewal period is looming. This is not the time to increase rents. QVM management should seriously consider a further 6 months hold before again reviewing rents.

COMMENTS:
17/04/2014 09:48:24 rent increase "Really I didn't know that we have to pay management for better communications and arranging retailer support programs, I would have thought that was part of their job description as a management team, also if we are paying for that from May 1, what were we paying for before?"