The Dark Side Of Leadership Personalities 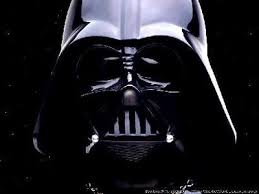 This may seem like a strange article to place on a trader’s website, but they say that variety is an essential ingredient in any successful blog, and this is certainly a business related issue, which incidentally was inspired by an article in the Harvard Business Review.

Leadership by its very nature often involves strong personality characteristics. Leaders usually stand out because of a number of factors including their impartiality, commitment, dedication, decision making ability, and often empathy. Some leadership characteristics are described as coming from the dark side because in their extremes they can be damaging. On the other hand small doses can be beneficial and we should say up front that some degree of the following characteristics probably exist in all of us and they are not necessarily inhibitors to a successful work or personal life.

Psychopathy is related to individuals who are generally more dishonest, ego driven, unemotional, and poorly considerate of others. They may make poorly considered business decisions as well.

Machiavellianism is described as "the employment of cunning and duplicity in statecraft or in general conduct". For these people the end justifies the means and how you get the result is less important than the result itself. Machiavellians may display superficial charm and be quite manipulative in interpersonal relationships but will often detach themselves from conventional morality. https://en.wikipedia.org/wiki/Machiavellianism

Narcissism is described as “an exceptional interest in and admiration for yourself”. Narcissists will have an inflated – though often unstable and insecure – sense of self worth which may make it harder for them to focus on others. The term comes from Greek mythology where a youth, Narcissus,  fell in love with his own reflection in a pool of water.

Now before you get all depressed about the inhumanity of these traits it should be emphasised that understanding them can be very useful in analysing business (and personal) performance. Much has been written about how Steve Jobs became a much better manager when he learned how to control his narcissistic tendencies. Understanding how and why people react in given situations helps can only help to maximise our performance.

How far do these traits show up in my personality? Well, I am going to look in the mirror – oops, no, that is a dead giveaway. Maybe I’ll just wait on my colleagues to tap me on the shoulder and tell me.